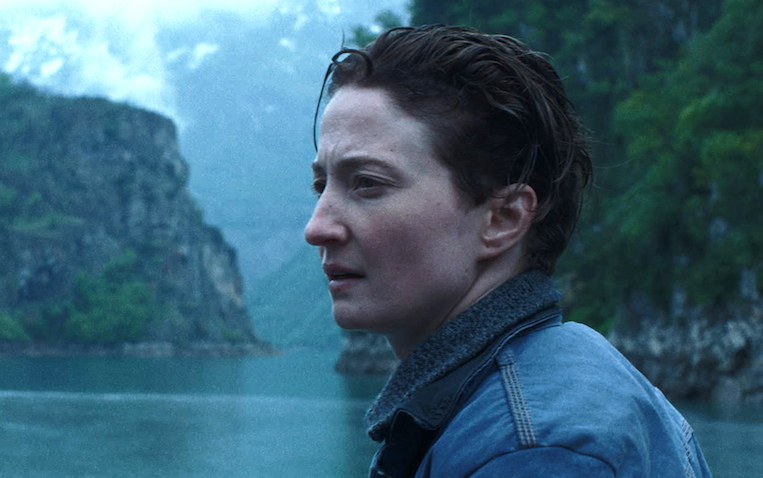 Hollywood has a spotty track record with the "leaving it all behind to find yourself" narrative, in which the trappings of modern, urban life are sloughed off and exposure to the rustic simplicity of foreign landscapes and cultures allows the heroes to unlock some deeper understanding of themselves, and thus return renewed to their jobs in publishing. A low-key but bracing corrective to that irritating trend, Laura Bispuri‘s "Sworn Virgin" takes a clear-eyed, authentic look at the fascinating Kanun traditions of rural Albania, which require women, who have few rights, to unquestioningly submit to their men, and which places family pride and honor above all else. Within this rigid system, there is one tiny loophole: a woman may become a "burrnesh," that is, dress as a man, take a man’s name, carry a rifle, drink raki and generally be accepted as male within this extreme patriarchy, but she must ceremonially swear to remain a virgin, and thereafter live as a celibate man. In her impressive debut feature, writer/director Bispuri uses this unusual, specific tradition to investigate much broader issues of gender identity, self-image and cultural indoctrination, while also delivering a touching personal portrait of tentative liberation. 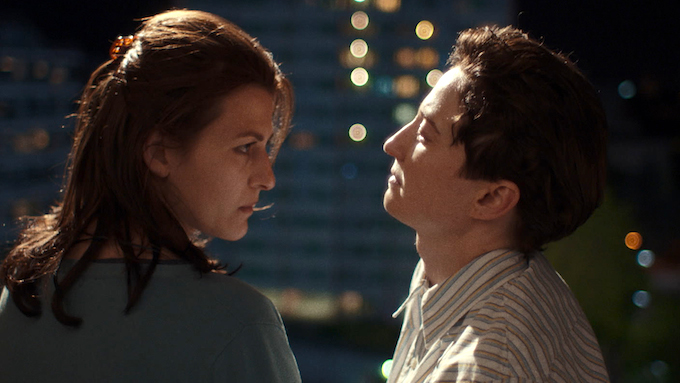 Amid the snowy jags of the "Mountains of the Damned" in Northern Albania, Hana (Alba Rohrwacher) has grown up in her beloved uncle’s household following the death of her parents. Not just a sister, but a soulmate of sorts to her cousin Lila (Flonja Khodeli) the film effectively evokes the kind of passionate attachment that can form between girls of a young age, particularly when hothoused in a restrictive environment. Hana, however finds the idea of living as a woman under Kanun law — a list of jaw-dropping commandments about what a woman may not do — insupportable, and under the tutelage of her uncle, elects to become a sworn virgin, taking the name Mark. But when Lila runs away to marry for love, thus dishonoring the family’s arranged marriage, Mark cannot bring himself to prevent her, and the two are separated for years. Following the death of both uncle and aunt, Mark decides to come down from the mountains, journeys to Italy and turns up unannounced at the small apartment Lila lives in with her husband and teenage daughter Jonida (Emily Ferratello).

The film unfolds in three time periods. It’s with Lila and Hana as young girls, played by local Albanian actresses, in the isolated mountain community that we get the information of most anthropological interest, like when a heavily veiled bride passes by and they are told that’s so she cannot see the road and therefore cannot return. Then we have the dramatic events surrounding Hana’s ceremony and Lila’s elopement, and years later we come to the "present" as Mark comes to Italy. 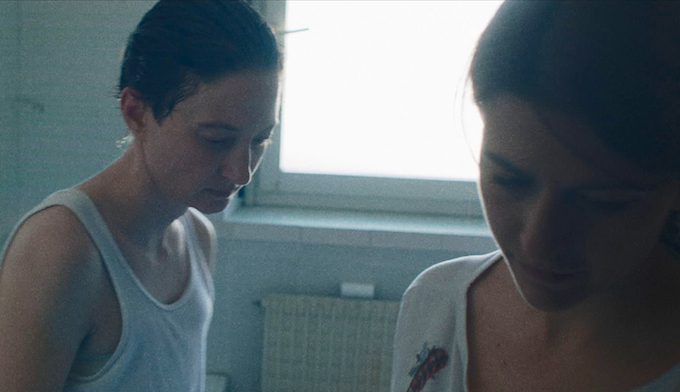 Cutting skillfully across all three periods allows Bispuri to make connections between present and past and Rohrwacher gives a wonderfully tender, patient performance in the role of Hana/Mark. And while the actress’ slight frame and old/young countenance never looks wholly masculine (this is not a Hilary Swank "Boys Don’t Cry"-type performance) she instead evokes real empathy for a person forced live in someone else’s skin, to tape down her breasts and to swear to remain alone forever.

As the quiet Mark takes hesitant steps toward re-embracing his identity as a woman, he is most helped not by Lila but by Jonida whose initial irritation at the interloper turns to fascination. Jonida’s own budding sexuality, her flat rejection of her Albanian heritage and her oh-so-teenage veneer of sophistication would initially seem to put her at the opposite end of the spectrum from Mark. But where he comes from the weird world of Albanian tribal tradition, Jonida is part of the only-marginally-less-weird world of synchronized swimming, a milieu that, with its emphasis on female physical perfection (those ridiculous full faces of makeup the swimmers are required to wear!) Bispuri uses subtly to suggest that Jonida is conforming to her culturally mandated gender expectations as much as Mark is to his.

That is not to suggest a moral equivalence between these two sets of expectations. Bispuri, refreshingly, is unafraid to do the non-politically correct thing and tacitly condemn Kanun law, which may have elements of beauty and wonder in its traditions (there’s a glimpse at a funeral, for example, at which the men are vocal mourners, crying out a kind of choral "ho ho ho" like so many grieving Santas), but is also inexcusably barbaric in its treatment of women as chattels and servants.

Of course in tracking the progress of a person born biologically female, who lives as a man for many years but then begins to explore the possibility of life as a (hetero) woman again, the film defies simple pigeonholing as a story of identity found through transgenderism. Yet it is about transition to its very core — after a somewhat meandering middle third, it builds to a beautiful, simple ending, but Bispuri does not suggest that the journey is complete, just that Mark is out of the valley and now sees the horizon is vaster than he could have imagined. Uplifting in a tiny, understated and very authentic way, "Sworn Virgin" shows us gently how its possible to be living in exile in the world you know best, and how it’s possible to come home to a place you’ve never been before. [B+]

Browse through all our coverage of the 2015 Berlin International Film Festival by clicking here.