The surprise hit “John Wick” succeeded for a few key reasons: a moody, taciturn protagonist that would make Nicolas Winding Refn proud; the enduring, enigmatic charisma of Keanu Reeves; and organic, unshowy world building that gave the otherwise throwaway vengeance plot some real depth and a fascinating backdrop to play against. And of course, there’s the gun-fu action scenes, acrobatically directed by Chad Stahelski and David Leitch, with a premium on headshots and gloriously exploding squibs. “John Wick” wasn’t the smartest movie in the room, but it never pretended to be, and that self-awareness coupled with a dedication to provide a full-throttle thrillride created an unexpected delight. And the good news is that “John Wick: Chapter 2” doesn’t mess with a good thing, expanding the setting as sequels are obligated to do, while firmly sticking to the foundations of what makes the action series such pure popcorn pleasure.

However, the opening might have you worried that the filmmakers have lost their way. ‘Chapter 2’ stumbles out of the gate, with a rocky and clumsy setpiece that feels like it was shot by a different team entirely. Narratively, it adds very little except a hilariously mugging Peter Stormare giving some glorious reaction shots as he listens from afar as John Wick maims a bunch of anonymous bad guys to get his car back. It’s an unnecessary prologue that stalls the real story from beginning. Once again in retirement, our hero is pulled back into action by Santino (Riccardo Scamarcio), a member of the Camorra, who has come to collect on a debt he’s owed. When John Wick pulled off the “impossible task” that allowed him to leave the hitman life in the first place, it turns out Santino had a role in helping him achieve that goal. They forged a blood oath, and now Santino wants his favor repaid. At first he declines, but Santino forces John Wick’s hand by….blowing up his house. And as angry as John Wick becomes, he can’t escape the rules of the criminal underworld — the debt must be paid. So, he’s off to Italy for his assignment, and that’s about all you really need to know, because you’ll surely guess that much more is in store for John Wick. 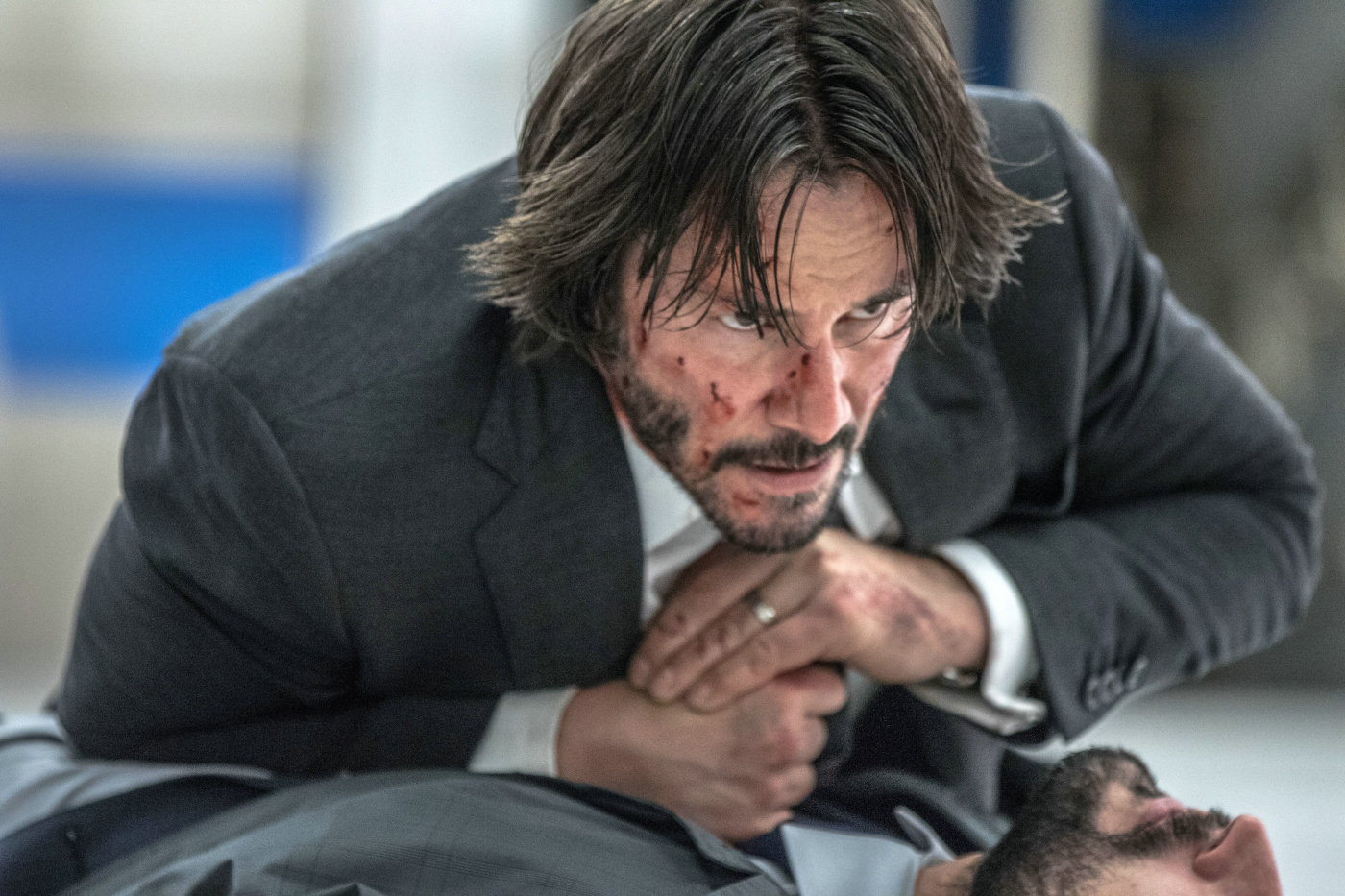 Once again, part of the fun of ‘Chapter 2’ is exploring the impossibly detailed machinations of the ever expanding syndicate of organized crime. One of the film’s best sequences is a montage that sees John Wick assembling his tools of the trade from fronts operated by a sommelier, antiquarian bookseller, and tailor. Audiences get another lavish stay at the Continental, this time in Rome, and we’re introduced to the fantastically luddite offices of the “accounts department,” which oddly wouldn’t be out of place in a Wes Anderson film (with a slightly steampunk influence). And the mythology of John Wick’s history and killing prowess grows ever larger in ‘Chapter 2’ — when he lands in Italy, a concerned Franco Nero amusingly inquires if he’s there to kill the Pope.

If it’s the action scenes you’re buying a ticket for, not to fear, as the sequel offers plenty of bang for your buck. Directing solo this time, Stahelski may not have changed the formula too much, but the relentless, go for broke, choreographed gunplay is almost never tiring to watch. The filmmaker once again showcases the deft theatrics of every shootout, with scenes playing out even longer this time around. And there’s more of them too as, aside from the opening, car chases have been completely jettisoned. But it’s the closeup, hand-to-hand battles that are perhaps even more impressive, and maybe the best the big screen has seen since the original “Jason Bourne” trilogy. Common steps into ‘Chapter 2’ with a nice arc that carries through the second and third act of the films, as a fellow assassin with a grudge against John Wick, and his close quarters fights with Reeves, coupled with their terse chemistry, is quite rewarding. 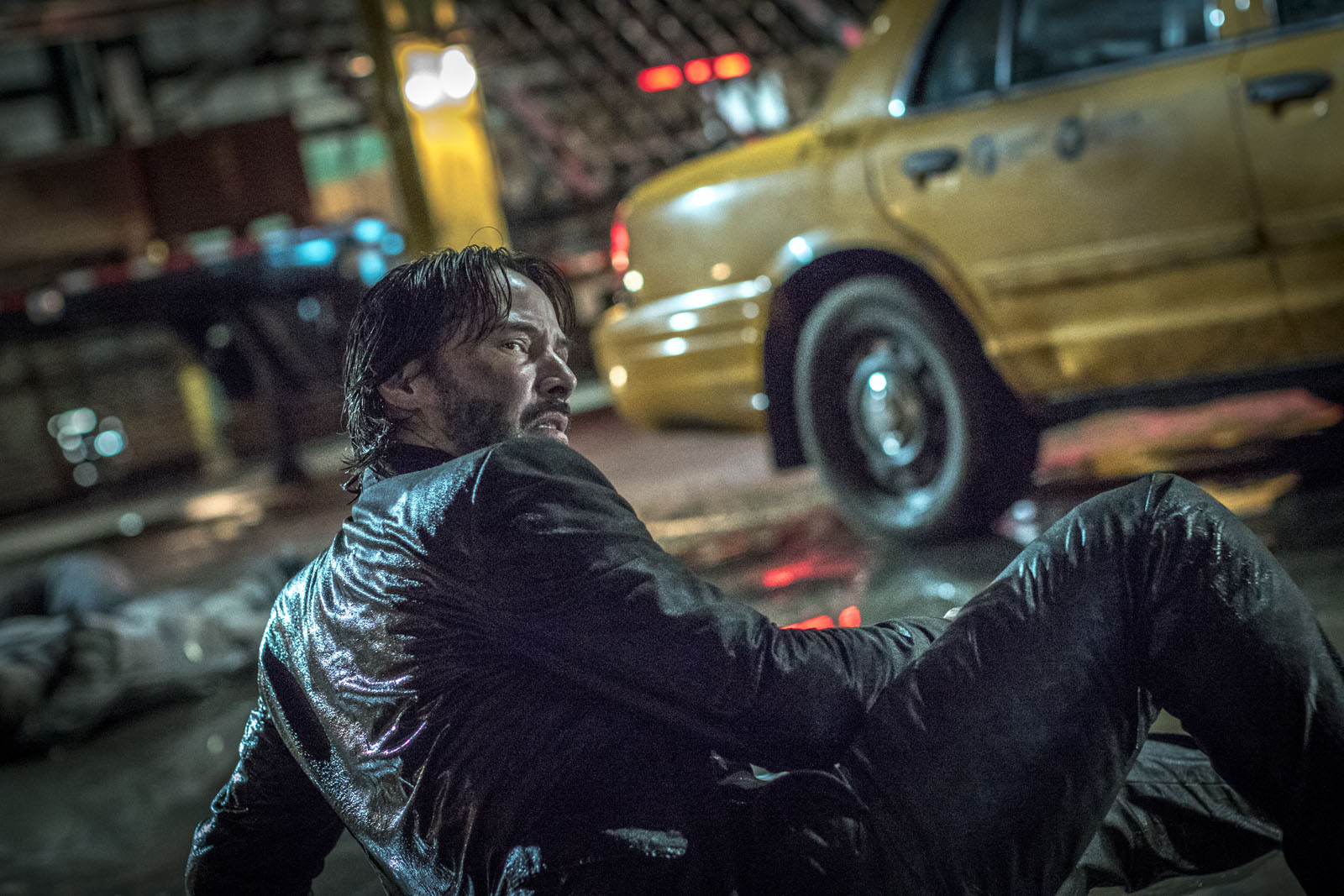 That all of this was accomplished on what I can only guess is a slightly bigger budget than the first film’s $20 million cost, is even more remarkable, but is also part of the charm. The score by Tyler Bates and Joel J. Richard is earnestly loud and trashy in a way that Junkie XL’s similarly clanging, ear scorching work never manages to achieve. The cinematography by Dan Laustsen never operates beyond functional, and Montreal glaringly doubles for New York in many scenes, with only the barest of window dressing hung up to try and hide it. This all plays into keeping ‘Chapter 2’ a step away from anything resembling realism, which allows you to indulge in some truly violent mayhem, spliced with a tasteful ridiculousness, that maintains the franchise as a guilty pleasure.

As it goes in the blockbuster world these days, the door is kept swinging wide open for “John Wick: Chapter 3,” but screenwriter Derek Kolstad not only earns that right, but the storytelling creates a genuine anticipation for what happens next. And as long as Kolstad, Stahelski and Reeves manage to perfectly blend the ingredients that make “John Wick” work despite all odds, we’ll be ready for more. [B]