Essentials: 25 Of The Most Kick-Ass Movie Heroines Ever

This past weekend saw the biggest box-office opening of the year so far, with “The Hunger Games: Mockingjay – Part One” taking over $120 million in just three days. It might be down a little on previous entries in the franchise, but it’s still a hefty sum, one that’s even more remarkable because the series is something that naysayers once thought was implausible: a giant sci-fi action tentpole led by a woman.

For years, the received wisdom was that the teen boys that studios were aiming their pictures towards wouldn’t see a movie with a female lead, let alone one with the progressive gender politics of “The Hunger Games” (the latest movie revolves around Jennifer Lawrence’s Katniss Everdeen’s bid to rescue dude-in-distress Peeta). But the franchise has proven them firmly wrong: Katniss is one of the strongest role models in cinema, and audiences flock in droves to see her regardless of their own gender.

Of course, those who believed it would never work were overlooking dozens of badass women onscreen prior who helped to pave the way for Katniss and co. S, to mark the box-office success of “Mockingjay – Part 1,” we’ve picked out some of our favorite film heroines. Not all were box-office smashes in the same way as the Hunger Games series, but all of them long ago proved that women can be action movie leads that are just as, if not more, compelling than their more testosterone-addled counterparts.

It should probably be noted that we’ve gone for characters and performances that feel closer to Lawrence’s in “The Hunger Games,” sticking mostly to action and sci-fi genres, which means that the picks are predominantly (but not exclusively) from Hollywood studio movies, and in the English language —film noir femme fatales, for instance, didn’t quite fit our criteria, while the thriving national action cinemas of certain foreign regions like Asia could populate their own list several times over. Even within those limitations, there were plenty to choose from and plenty more where they came from: take a look at our picks below, and add your own in the comments. Just remember to keep it civil —we’ve spent a couple of days now watching these amazing women kick, punch, shoot, stab, slice and crush their way through their adversaries, so we’re in no mood to be trifled with. 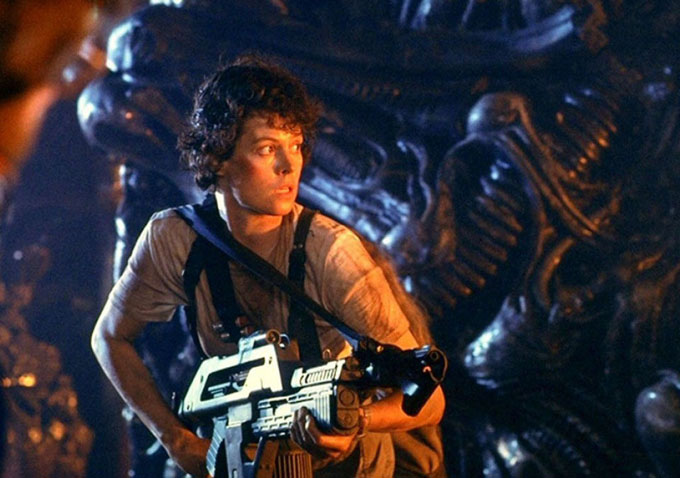 Sigourney Weaver as Ripley in “Aliens”

Choosing who to leave out was already tough, so we decided against ranking this list.  Frankly, if we had, numbers 2-25 would be up for grabs. Weaver’s Ellen Ripley is simply the most iconic female action star the movies have given us, and this James Cameron sequel is where she came into her own, as she transforms from the “soft” civilian drone of “Alien” into a full-on warrior forged in the crucible of survivalism. Just avoid Cameron’s Director’s Cut, which implies that Ripley bonds with Newt because she misses her own daughter; we infinitely prefer believing that Ripley saves Newt because that’s simply what a hero does.

Zoe Bell as Zoe Bell in “Death Proof”
The “Grindhouse” experiment turned out to be disappointing, but might not have been had Robert Rodriguez and Quentin Tarantino stuck to the original plan of shooting two short features shown as a double bill. Exhibit A in that argument is the second half of “Death Proof”: when the awful lapdances and stilted performances of the first group of girls are over, and the second gang (Rosario Dawson, Mary Elisabeth Winstead, Tracie Thomas and Zoe Bell) take over, the film becomes kind of a blast, culminating in Bell’s thrilling extended car-hood sequence and the gleeful vigilantism of the finale, in which Kurt Russell gamely gets pulverized by three really pissed off women.

5-time World Champion, holder of 6 black belts in various disciplines (and a 7th degree black belt in Tangsudo) Rothrock is obviously the real deal, plus there’s the small fact that she was one of the very few westerners ever to become a bona fide Hong Kong Action star (her HK debut also starred listmate Michelle Yeoh). The “China O’Brien” movies are great ’80s throwback fun, with shoulder pads so massive they could be weaponized, chop-socky sound effects and sub b-movie plotting, none of which conceals just how great the fight scenes are, nor detract from the omnipresent joy of watching a diminutive blonde kick seven shades of shite out of a variety of musclebound knuckleheads, often sporting bandannas.

Pam Grier as Coffy in “Coffy”

The generation that discovered Pam Grier through Tarantino might have gone straight to Jackie’s namesake “Foxy Brown” when looking to check out one of her old titles, but for our money, “Coffy” is a better film in every way (“Foxy Brown” was originally designed as a sequel). Grier’s titular nurse/vigilante goes on a rampage against the drug dealers who destroyed her sister’s life in full-on exploitation style, so Grier is equal parts naked, gun-toting, debased and debasing (as in an extended catfight scene which must boast highest number of ripped-dresses-displaying-bared-breasts ever). But Coffy, who pioneers the signature move of hiding weapons in her afro, is undeniably badass and completely foxy. 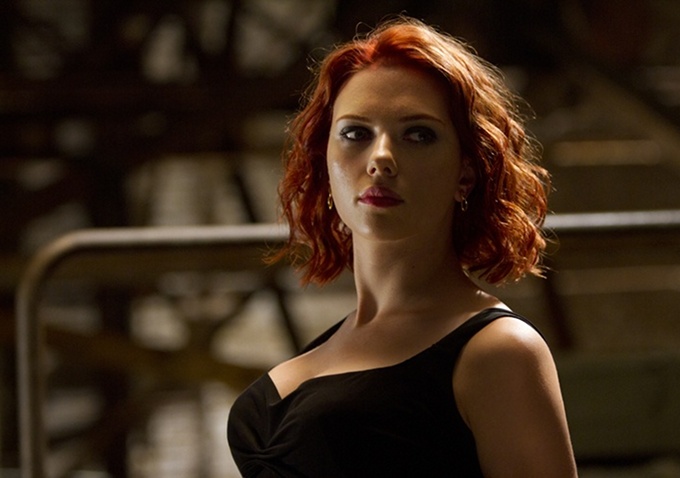 Scarlett Johansson as Black Widow in “The Avengers”

Johansson had already shown her mettle in “Iron Man 2” in catsuited glory but the characterization, humor and subversion that this “Avengers” scene deploys is probably the moment that the Johannsonaissance (sorry) started for us in earnest. Since then, she’s also been one of many kick-ass Besson heroines via “Lucy,” but this surely is a marker in her career as an action star. From the way she upends the damsel in distress routine to the way she smashes that chair out from under her (love how she’s implied to have heft and not be some weightless nymph), to the fact that she does the whole thing in her stockinged feet, this scene is reason no. 1 we love Black Widow.

Angelina Jolie as Fox in “Wanted”

In a relative rarity for female stars, Angelina Jolie has proven more popular when she’s making action movies (“Mr & Mrs Smith,” “Tomb Raider,” “Salt“) than in other genres, and though she’s delivered a number of iconic performances, her most defining might be in Timur Bekmambetov’s “Wanted.” A stylish (also rather bad) movie, it sees the megastar play mentor as Fox, the tattooed master assassin who gives James McAvoy’s Wesley a tutorial in the art of killing folk via the power to bend bullets. It’s a supremely physical performance in a way that so few except Jolie could pull off, but she also imbues the character with a sly wit that helps to make the film a sight more bearable when she’s onscreen.