Admittedly, I’m not familiar with Nicola Yoon‘s well-received YA novel “Everything, Everything.” Though if Stella Meghie‘s earnest, if underwhelming, sophomore feature is a proper indication, it doesn’t live up to the source material. As proven by multiple underwhelming book-to-film translations of late, whether they might be “American Pastoral” or last month’s sorely disappointing “The Circle,” there’s a fine art to proper book-to-film translations, yet even the most assured, dedicated filmmakers can miss the mark.

As a blooming teenager, Maddy Whittier (Amandla Stenberg) isn’t too dissimilar to your average young adult, except for one key difference. She suffers from severe combined immunodeficiency (SCID), a rare, but potentially very fatal disease that keeps her locked inside her house for a majority of her young life. Under the watchful eye of her stern mother, Dr. Pauline Whittier (Anika Noni Rose), Maddy lives locked within their spacious, well-kept, state of the art, but ultimately quite lonely, residence. She occupies her time with books and online classes, yet she fails to connect to almost anyone her age. That changes when, on the eve of her 18th birthday, she’s greeted by her new neighbor, the long-haired, quickly charming Olly Bright (Nick Robinson). Immediately smitten with him, Maddy keeps a distance from her suave new neighbor, yet — through a series of surprisingly inspired texting sequences — Maddy and Olly develop a quirky, good-natured relationship, one that soon grows romantic, despite Pauline’s mindful eye.

Dr. Pauline immediately rejects any potential love affair, knowing full well that any outside contact for her daughter could spell out her demise. Yet, Maddy would rather live her life short but fulfilled than long and unsatisfied, so she hastily coordinates a trip to Hawaii with Olly, who semi-reluctantly agrees to come along. From there, there are a lot of heavy emotions, high drama and melodramatics, yet your mileage to the emotional impact of all this will vary, especially if you’re not in the target age range.

READ MORE: Reach For Love In The First Trailer For ‘Everything, Everything’

Stenberg and Robinson have fine chemistry together, yet not the kind that makes you believe they’d instantly potentially risk their lives and well-being to hold onto one another, if just for a simple embrace. Their dynamic shifts drastically from casual to ultra-serious, and even Robinson seems to suffer some first-degree whiplash from the change in pacing in the script, written by J. Mills Goodloe. Ultimately, these two just don’t hold that quintessential magic, the kind that really, truly makes you believe they belong together, despite all the odds. It’s a seemingly minor detail, but it’s often the key ingredient with these films. Sadly, “Everything Everything” is severely lacking in that specific regard. 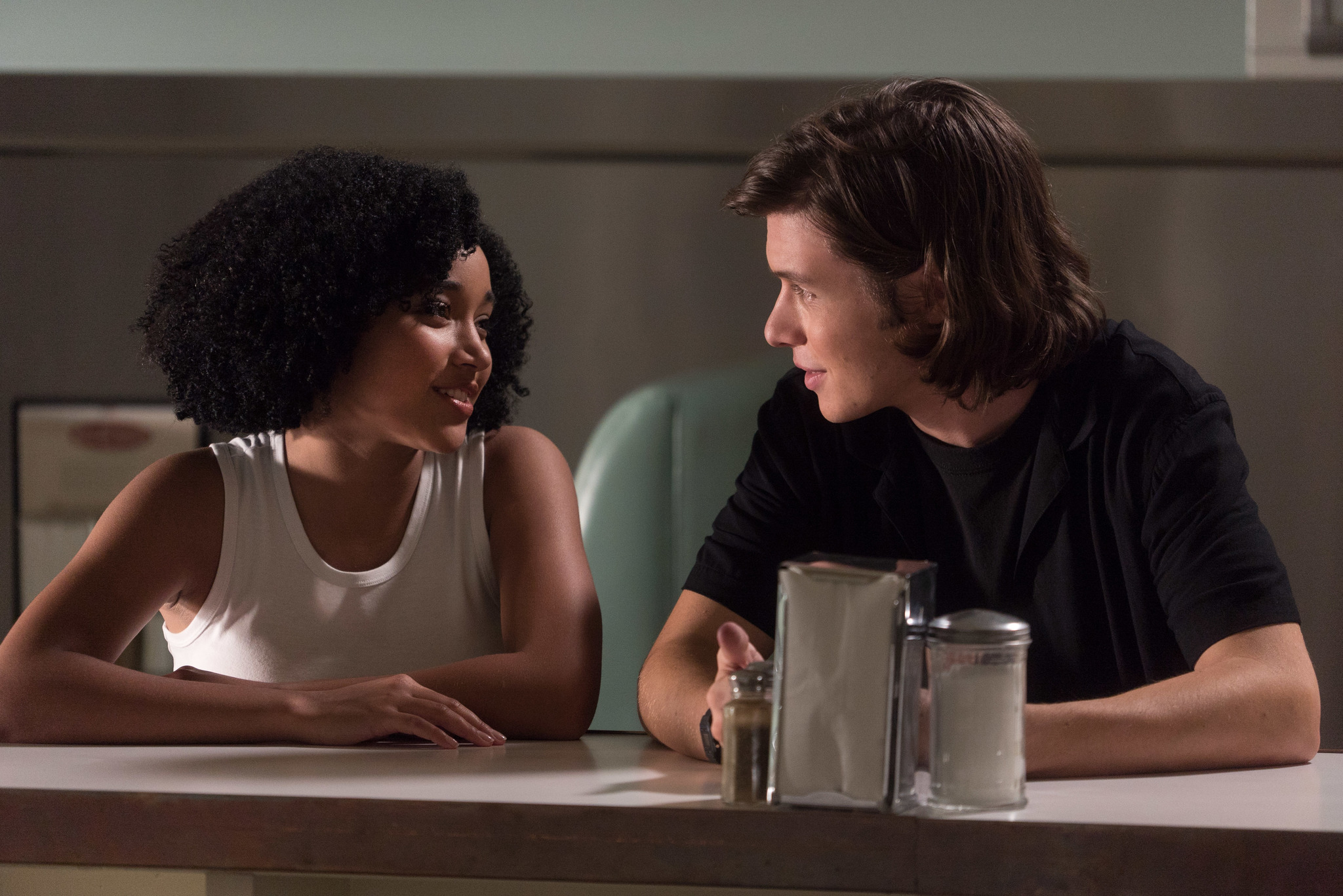 It’s hard to dismiss anything in particular with this film. It’s well filmed, courtesy of cinematographer Igor Jadue-Lillo. It’s earnest too, and often ridiculous, but it knows when to keeps the focus on its characters. And that leads to the biggest problem. Quite obviously appealing to the same crowd that flocked to see “The Fault in Our Stars” or “Me and Early and the Dying Girl,” “Everything, Everything” does everything in its power to the win the sympathies of its audience. Yet, only occasionally does it feel authentic, and very rarely is it sincere. Despite the extreme rareness of our lead’s horrific disease, everything about, ahem, “Everything, Everything” is bothersomely inorganic, to the point where it very rarely contains an identity that feels entirely its own.